While many recipes are sweet, savory, spicy, or creamy, this German Solyanka soup has a hearty, savory, tad bit spicy, and wee bit sour flavor profile that makes it an incredibly comforting, satisfying experience. Solyanka's origins are Eastern European, but it's now enjoyed worldwide and a very healthy, hearty soup that makes the perfect dinner on a cold day.
Also available Russian Meat Solyanka and Vegetarian Solyanka. 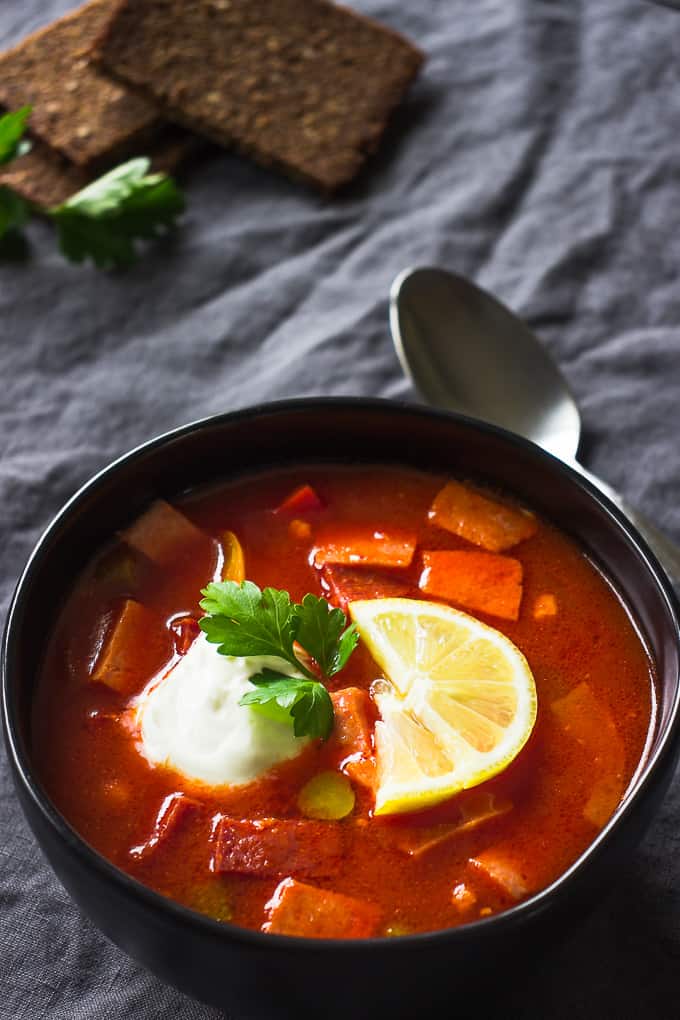 Some believe that its name originated in Ukraine about 500 years ago, coming from the Slavic word for "salt." Solyanka was originally made from using a variety of whatever smoked meats, fresh vegetables, and brined/pickled vegetables were on hand.

Because of the protein, vegetables, and hearty flavors used, this German Solyanka recipe will keep you full all day long. It's a simple soup to make and cooks up quickly, making it a great option for a filling lunch or dinner. 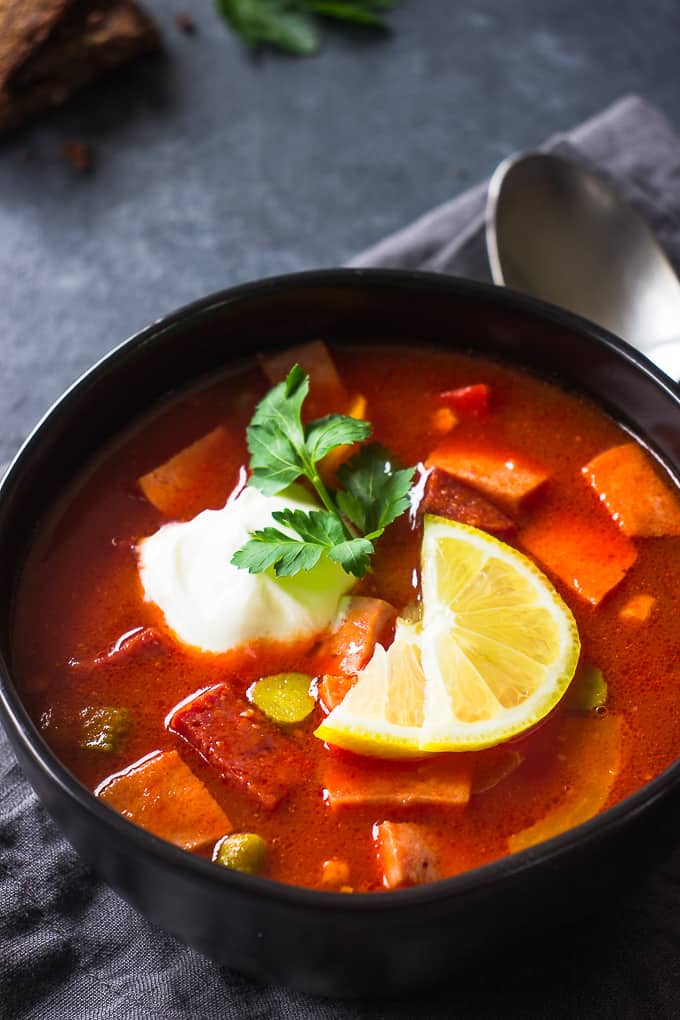 If you've never cooked with pickle juice, this might seem odd to you. However, it adds such a great flavor!

Before adding it to the pot, you'll want to take a small sip and make sure it doesn't have too much of a vinegar flavor to it. If you feel the flavor might be too strong, simply use less of the juice and even the pickles themselves.

Also, adding it at the end will reduce its impact on the overall flavor since it won't have as long to cook in. 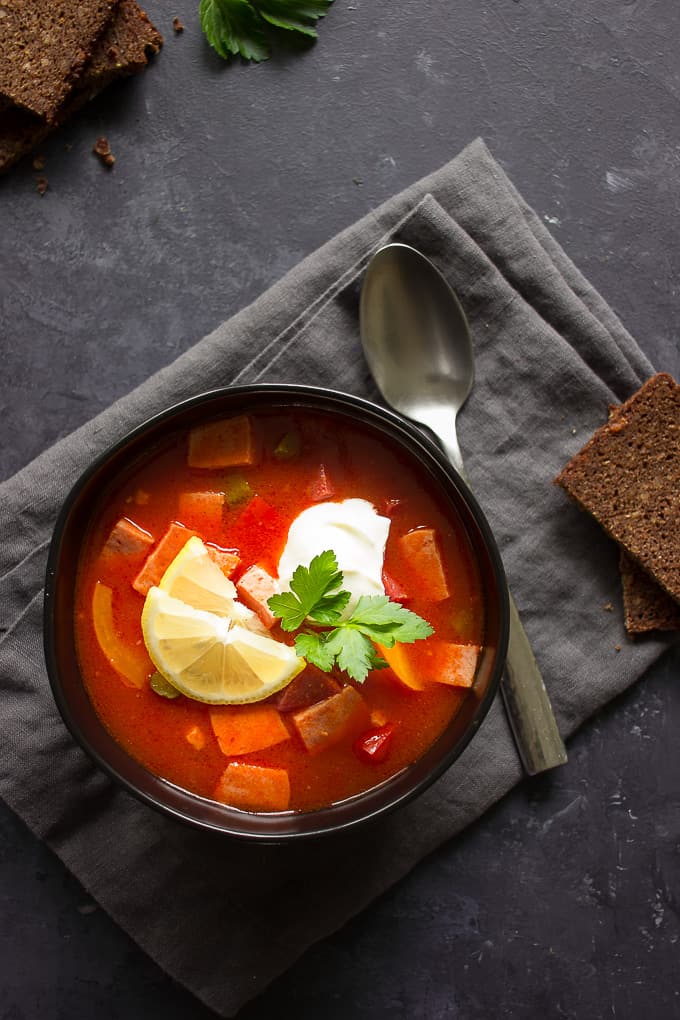 You'll start with the chopped bacon first, and cook it until crispy. Then add in the bologna and salami, stirring them into the fat that's in the bottom. Then dump in the rest of the ingredients and simmer on low heat for about 20-minutes. Add salt and pepper to taste and then serve. 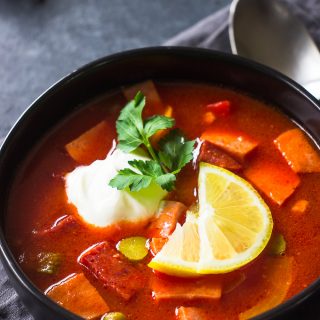 Pickle Juice Sometimes pickles (depending on a brand) can taste too vinegary. Before adding pickle juice and pickles into the soup, I recommend trying them first. If they don't have much vinegar in them, go ahead and add 3 tbsp of pickle juice into the soup. If vinegar content is too much for you - add less of a pickle juice.
4 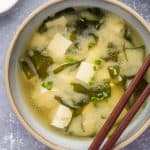 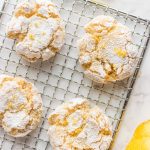 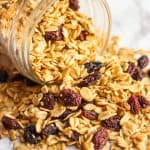 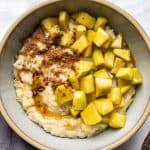 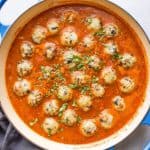