Unique combination of Lebanese cream cheese, roasted tomatoes and beets makes these open-faced sandwiches a perfect appetizer for your next party or gathering. 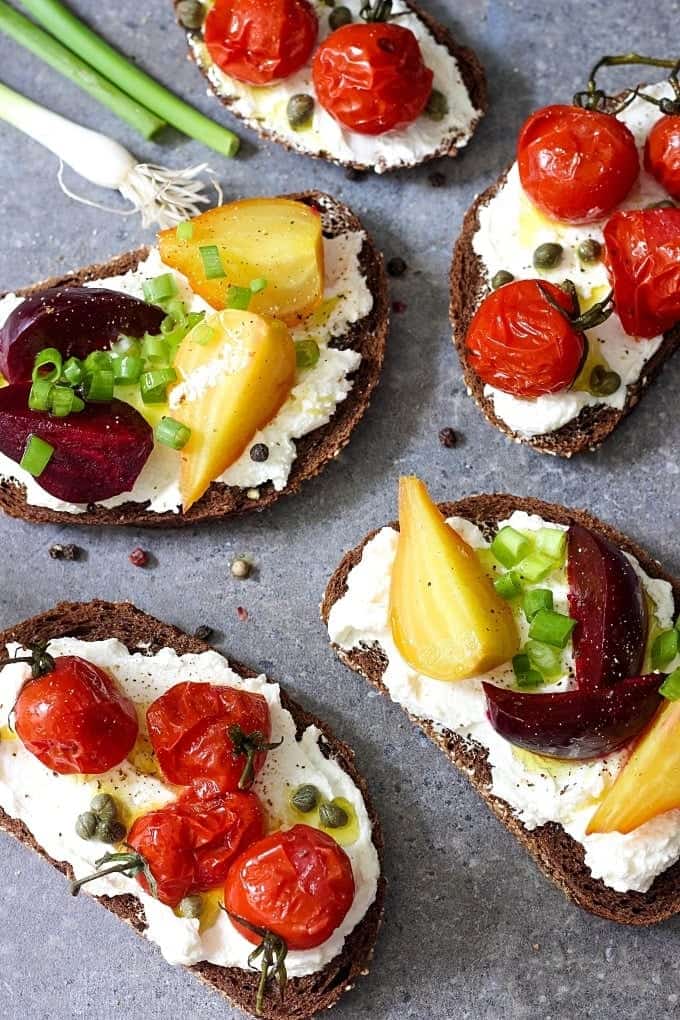 Recently, I discovered a really cool thing called Labneh. It is Lebanese cream cheese. It’s also called a strained yoghurt, but has much thicker consistency than thereof. I’ve seen recipes calling for Labneh a while ago, but only recently I finally made one at home. It’s actually the easiest thing you can make at home. You would need a whole milk Greek yoghurt, cheesecloth, some garlic and salt. Feel free to add your other favorite ingredients like minced onions, fresh herbes, olives etc. You strain the mixture overnight and voila, a delicious spread or dip is ready. 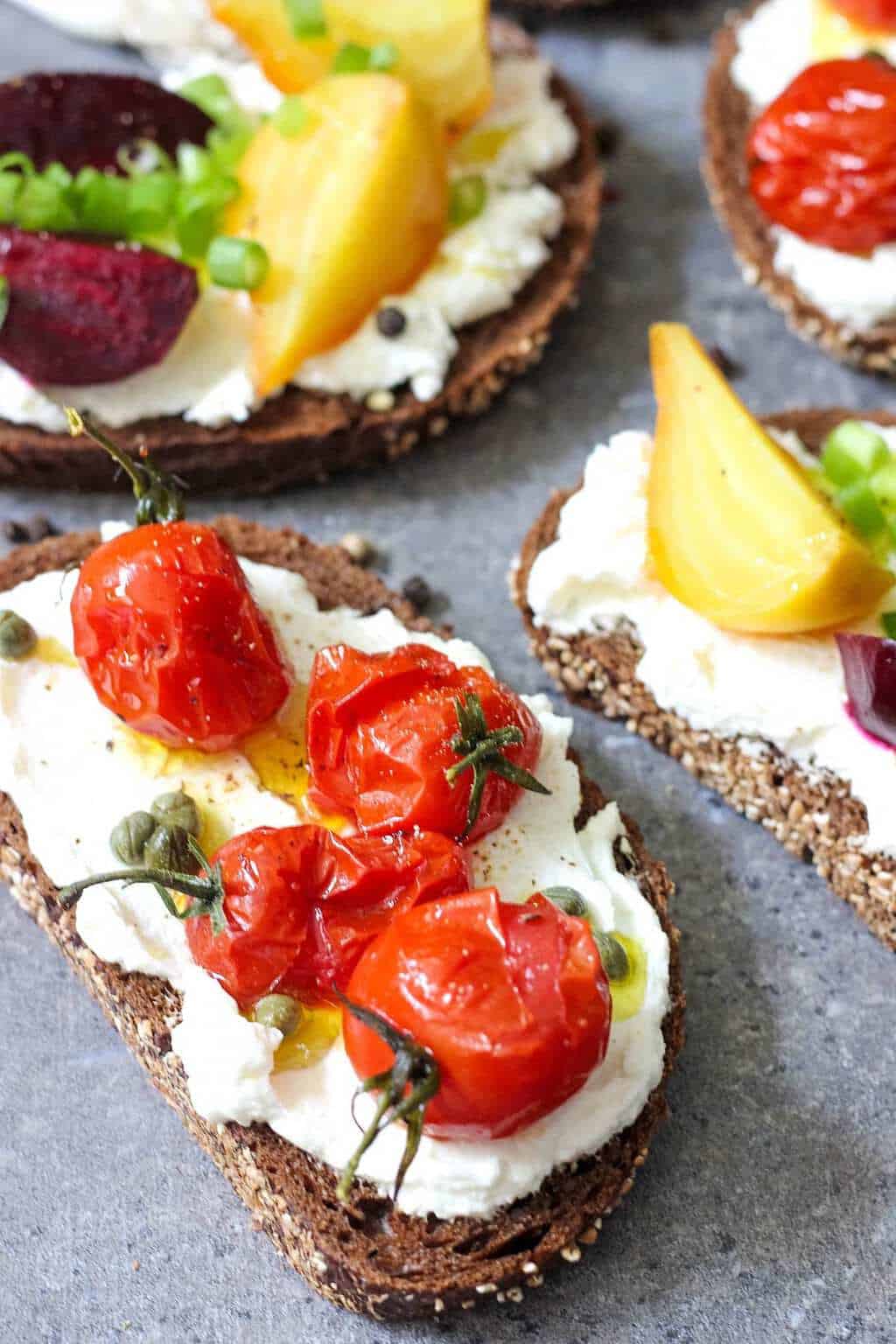 The cheese comes out really tasty and once I made it, I immediately knew where I was going to use it. Recently, my parents were shopping at Whole Foods and bought me a new edition of Eating Well magazine. Since becoming a food blogger, I fell in love with food magazines. There are so much inspirations and the photography is superb.

As soon as I saw the front page picture of the magazine, I was amazed how so simple ingredients as beets and tomatoes can create such an appealing appetizer. So I decided to recreate it at home but with my own twist.

Creamy, dreamy and flavorful Labneh in a combination with perfectly roasted tomatoes, beets and salty capers, create an elegant appetizer that is sure to be a hit at your next gathering. 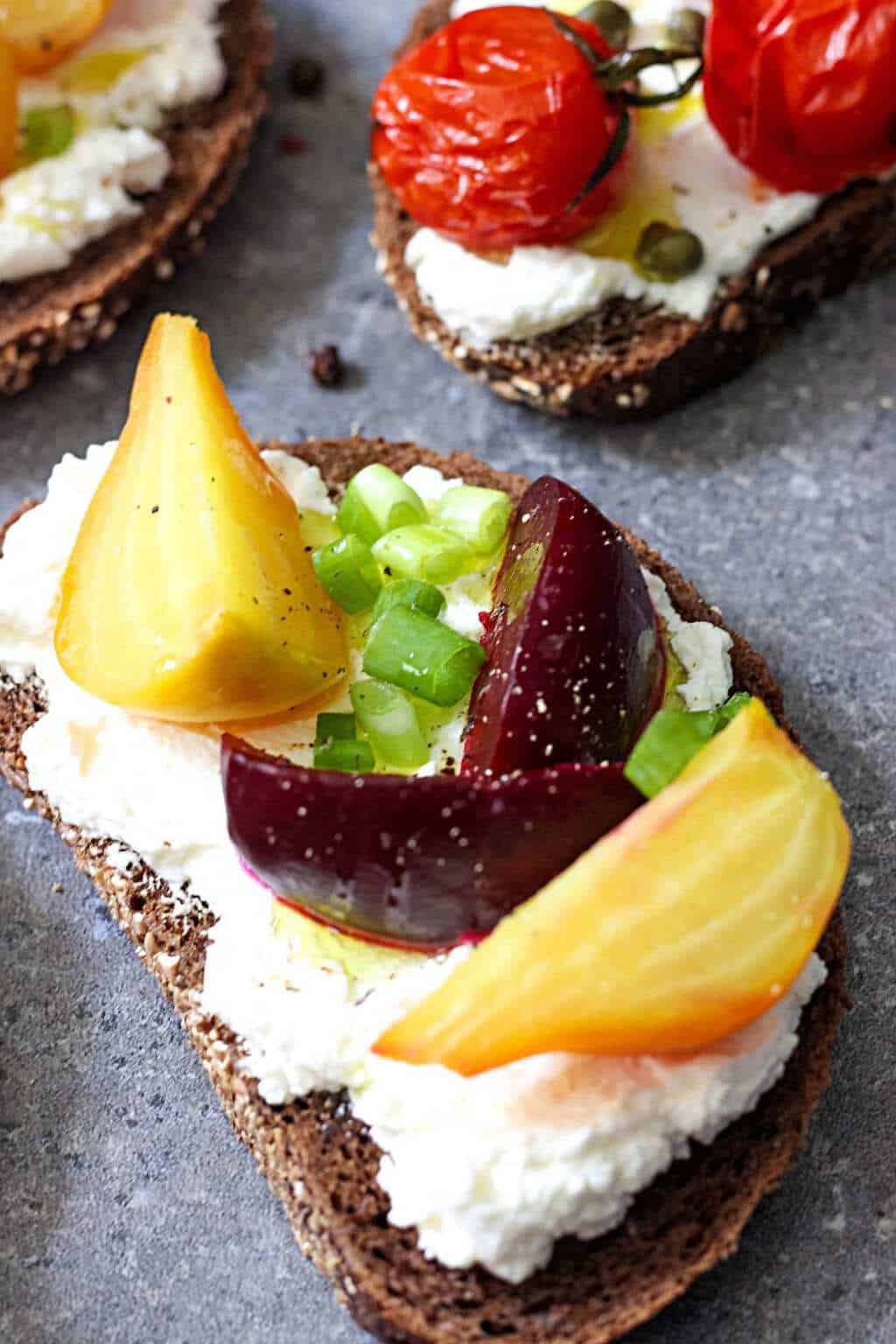 />I’d love to connect with you on social media. Follow me on: 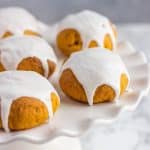 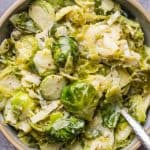 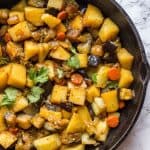 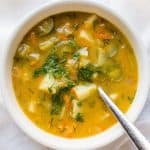